This approach was framed in a concept paper: Developing the future substance of STEM education that was provided as a pre-reading to all our participants. ( Note: This concept paper was adapted from analysis conducted by and reported in Kereluik, Mishra, Fahnoe, Terry (2013). This framework is diagrammatically represented below. 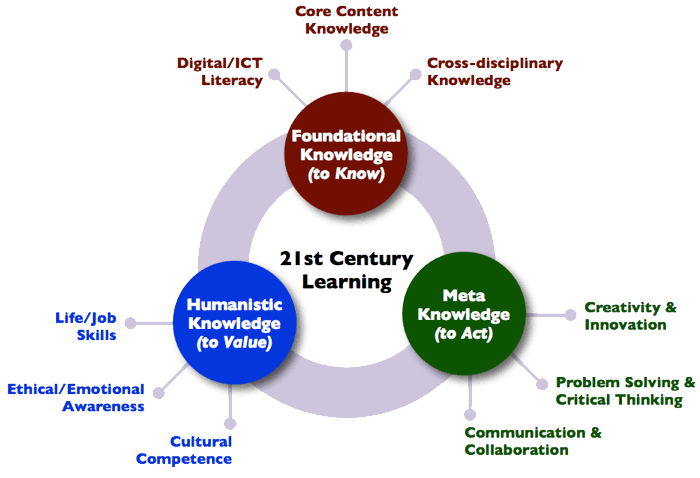 The vision and the plan

A video from an early session which describes the broad vision and the plan for the STEM-Futures project.

The entire project played out in 3 stages: A series of introductory webinars, followed by a week-long series of design sessions where the participants worked collaboratively and iteratively within a scaffolded web-based environment to design their products. Final products were submitted approximately two weeks after the end of the program. Participants were surveyed both before, during and after the end of the project and these surveys were used to tweak the design of the sessions. 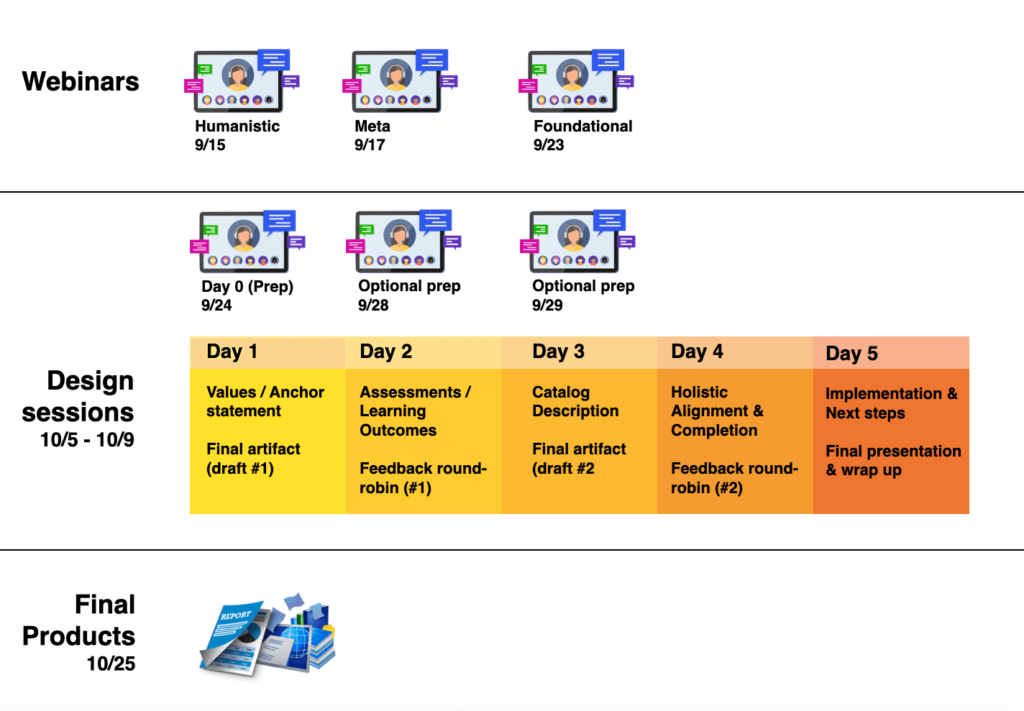 The design-studio workshop was preceded by four webinars that explored the framework and set the stage for the design sessions. The first three webinars introduced and explored the framework while the fourth set the stage for the design sessions. It is important to note, in this context, that though the first three webinars were each framed around one component of the framework the discussion was usually integrative in nature—connecting across the domains for foundational, meta and humanistic knowledge.

Learn more about the webinars »

The workshop adopted a design-studio format, in which participant teams were tasked to create future STEM program concepts, and then scaffolded into iterative rounds of work and feedback. The meetings were conducted over zoom with sessions that alternated between all group and small group meetings. The work was scaffolded by an online platform (Serckit) designed and maintained by the Science Education Resource Center (SERC). Serkit allowed participants not just to synchronously collaborate on their projects but also to see and comment on the work being done by other teams. A strong emphasis was also placed on creating a sense of community and collegiality even while maintain high expectations and standards.

The feedback from participants was overwhelmingly positive (overall satisfaction averaged 9 on a 10-point scale), most seeing it as a valuable experience. In particular they indicated the importance of: the framework and the webinar in setting the stage for the design sessions; the actual design of the sessions that provided them both the flexibility to work as well as to learn from others; and the deeply meaningful nature of the work. Of most significance were the following facts. Some key quotes from the participants about the design studio workshop experience and the value of the framework:

The content and format were excellent. I thought that the three webinars prior to the working session were outstanding and I will return to them in the future as references for the framework.

I’m amazed at how much we accomplished.

I feel like I learned a lot and the final product feels valuable because I think it could actually be implemented at my university.

The workshop was a very worthwhile experience. We made great progress on a product that I’m sure will be successful. I hope the leadership group is able to offer it every year.

I signed on to the workshop because of its intriguing title, but without much understanding of its focus and purpose…It turned out to be much more interesting, informative, and fun than I had realized, and it’s seldom one can say that–in many cases much is promised, but little is delivered. In this case, the opposite was true.

The framework was a beautiful formation to guide our work and provide concrete validation for including the humanities as an important aspect of STEM education.

The framework is a powerful message that made many of us think of STEM courses and programs in a radically different light. Though, many of us may be aware of the three components on their own, integrating them together in the true sense has been a challenge, but a critical part of this project.